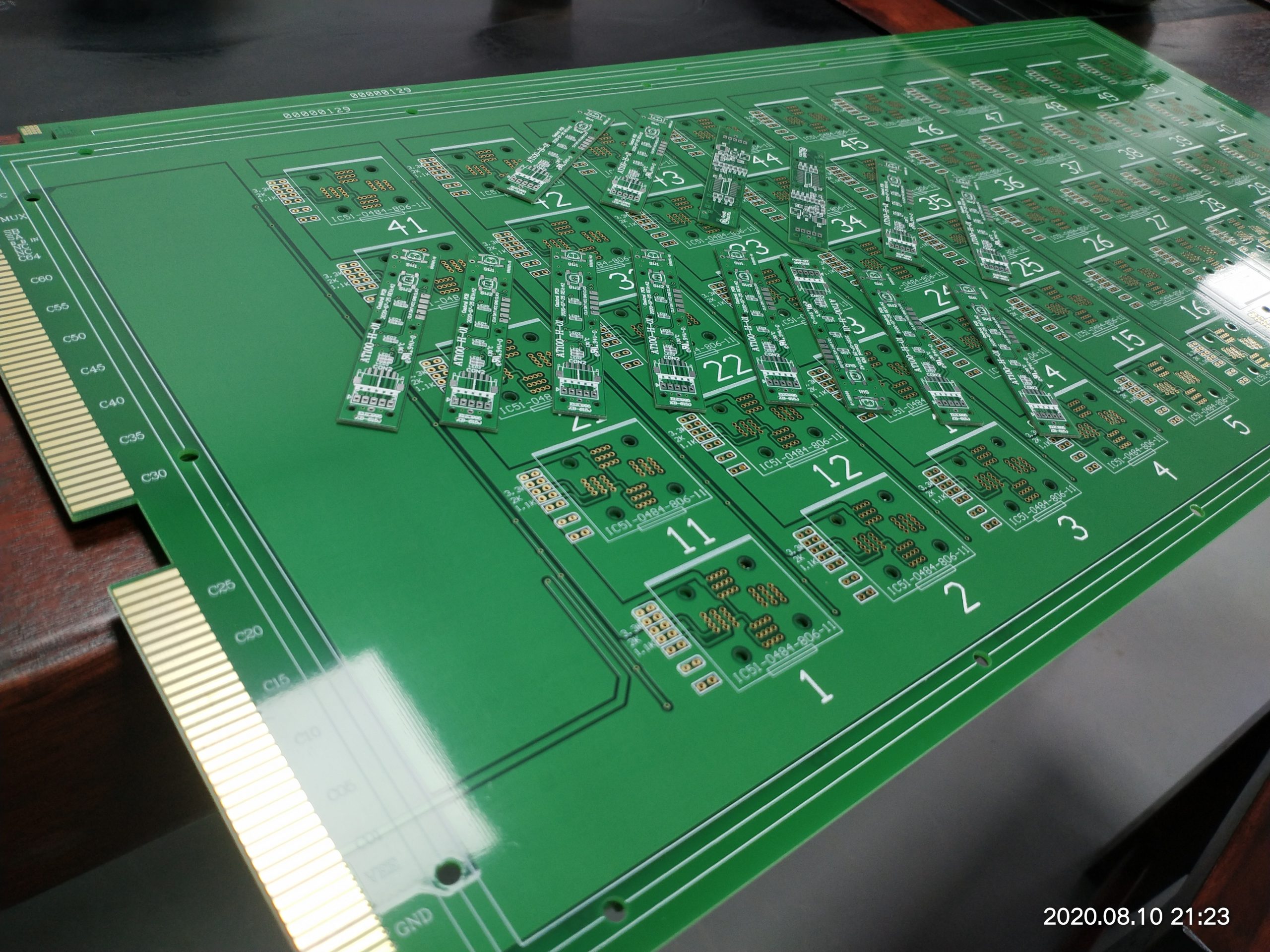 How many types of PCB are there

Following is the list of available PCBs in the market. You can choose any PCB based on your requirements related to project.

·    Single-Sided PCBs: It is made of a single layer of substrate or base material. Its one side is coated with       a layer of metal, which is usually copper as it is an excellent conductor of electricity. The metal coating is         coated with a protective solder, which is also covered by silk-screen to mark out all of the elements on the          board. These PCBs are easy to design and manufacture as their circuits and components are soldered onto           one side.

Double-layer PCBs: Double-layer or double-sided PCBs have a base material with a thin layer of conductive metal, like copper, applied to both sides of the board. Holes drilled through the board allow circuits on one side of the board to connect to circuits on the other. Double-sided PCBs are typically used in applications which require an intermediate level of circuit complexity, such as Industrial controls, Power supplies, Instrumentation, HVAC systems, LED lighting, Automotive dashboards, Amplifiers and Vending machines.

Multilayer PCBs: They are made of several layers of substrate boards which are separated by insulating materials. They come in different sizes as small as four layers or as large as ten or twelve layers. Multi-layer PCBs are suitable for using in File servers, Data Storage, Satellite systems, GPS technology, Weather analysis, and Medical equipment. Just like double-sided boards, the components on multilayer boards are connected through holes or vias on the board.

Rigid PCBs: Rigid PCBs are printed circuit boards that are made out of a solid substrate material that prevents the board from twisting. Possibly the most common example of a rigid PCB is a computer motherboard. The motherboard is a multilayer PCB designed to allocate electricity from the power supply while simultaneously allowing communication between all of the many parts of the computer, such as CPU, GPU and RAM.

Flex PCBs: They are made of a flexible substrate, typically a flexible plastic. The flexible material permits the board to fit into forms without affecting the circuits on the printed circuit board. These boards can restore heavy or bulky wiring in superior gear like satellites, where weight and space matter. Flex boards can also come in three formats: single-sided, double-sided or multilayer formats.

Flex-rigid PCBs: Flex-rigid PCBs combine the best of both worlds when it comes to the two most important overarching types of PCB boards. Flex-rigid boards consist of multiple layers of flexible PCBs attached to a number of rigid PCB layers.

Required components are connected electrically with the PCB board using two different method named as through hole technology and surface mount technology.